The Top 10 ice creams from your childhood 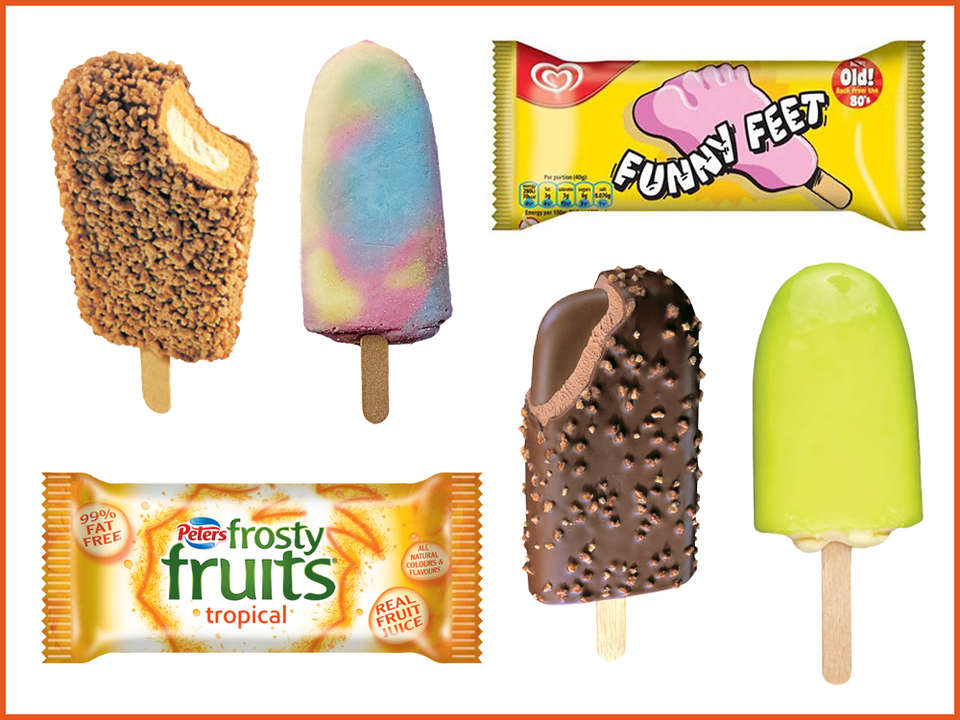 With the weather warming up, it’s the perfect time to flashback to the ice creams and ice blocks that defined our youth. With fond memories of pool kiosks and corner-shop crusades, these are our picks for the top ten frozen treats from an Australian childhood.

Which one ruled your school?

At the cheaper end of the school canteen menu, Frosty Fruits were the deliciously sticky taste of summer. A touch fancier than the Lemonade or Raspberry Icy Pole, (and definitely yummier), Tropical is still the go-to flavour to this day. Still, we wouldn’t look past a Watermelon and Pineapple one either. 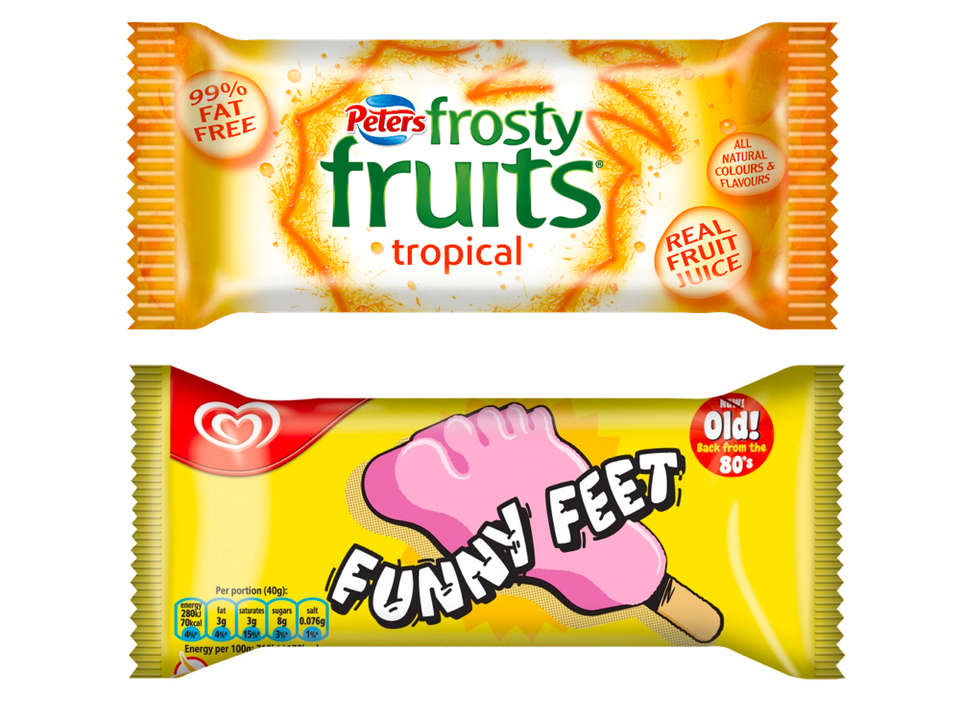 Sucking on toes is a weird idea for a kid’s icecream when you think about it, but we were head over heels for these feet treats back in the day. Featuring a silky strawberry icecream sole and a chocolate-coated backing, we fondly recall biting off each toe with pure joy. Never forget the Feet!

Before the soggy, chalky Maxibon, there was the awesome, elegant Monaco bar. At the posher end of the price list, it boasted premium icecream sandwiched between layers of chocolate brownie biscuit. After going AWOL from freezers for a while, Monaco made its triumphant return in 2008 after over 3000 people signed a petition to bring it back. It should never have left. 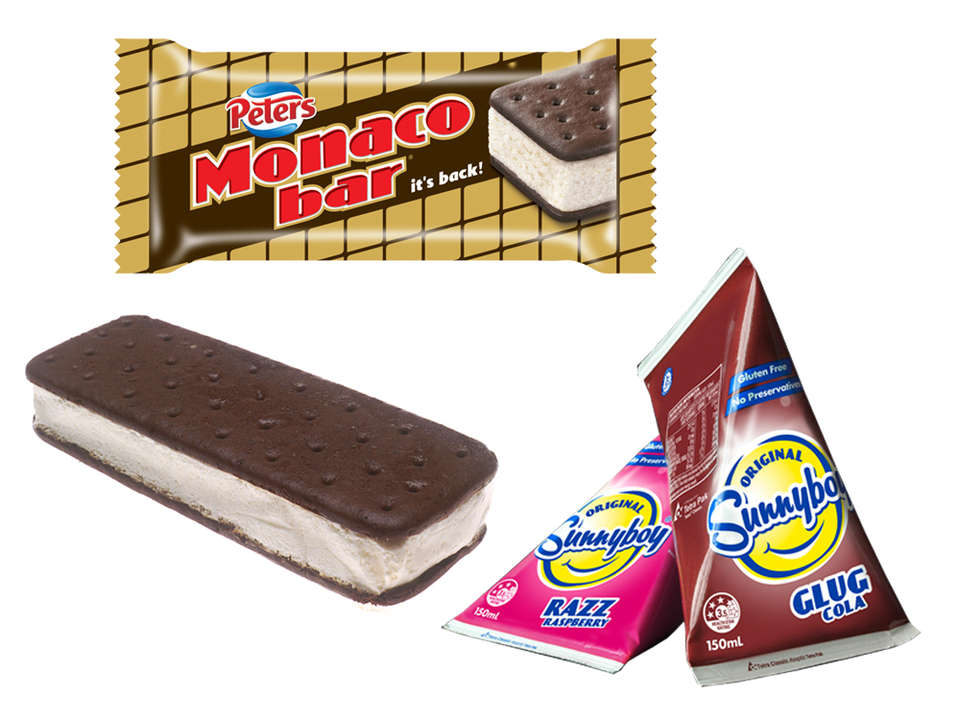 Arguably the best part about a Sunnyboy has to be the shape. Is it a pyramid? Or is it a wonky cube? Research tells us the correct term is tetrahedral, but we were always far more focused on the taste. With three strong flavours of orange, cola and raspberry (all as good as each other), these ice blocks were hard to beat on a boiling arvo by the pool. Especially when you got to bottom where the flavour was most intense.

The refreshing summer classic. Seemingly healthier than any other option (because it was 25% real fruit juice, right?), parents never had a big problem with buying one for each member of the family on the reg. The highlight? Slurping up the leftover syrupy goodness at the end. Ahhh. 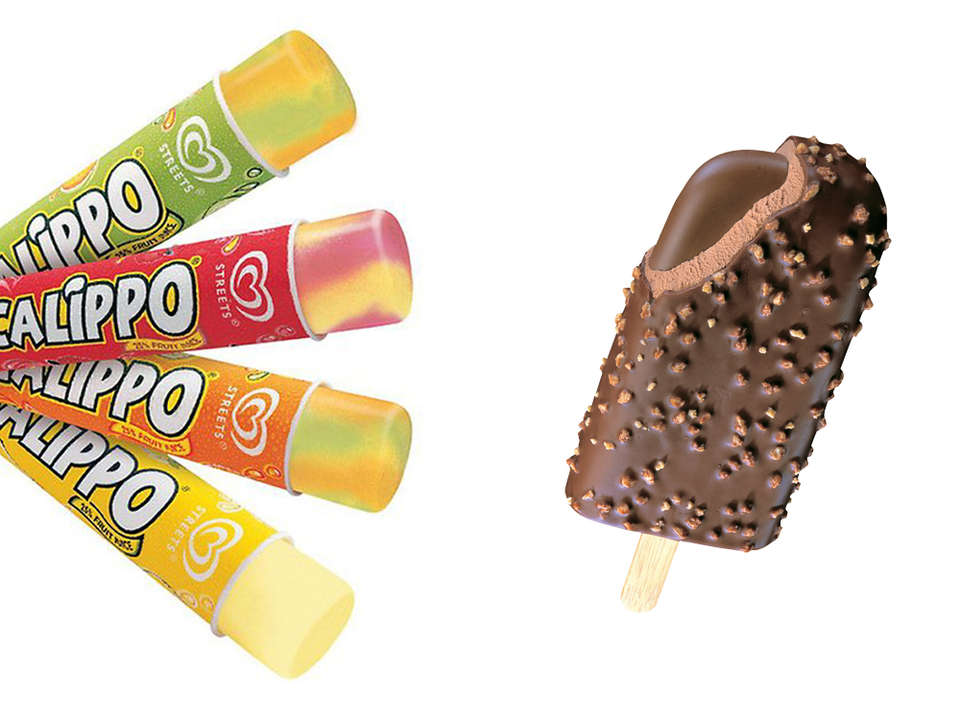 What’s better than one kind of chocolate? THREE, silly! The aptly-named Feast featured a nucleus of solid chocolate, surrounded by yummy ice cream and a hard choc coating with biscuit bits. For some ungodly reason (most likely their scary, industrial TV ads), it became extinct in Australia but this three-layered slice of heaven will always live on in our minds and tummies.

We thought long and hard on this one, and these are definitely the best of the bunch. Far superior to their rival Billabong, Streets experimented with other flavours (think caramel, choc-toff and double bubblegum) but the tried and true champ still comes out on top. Honourable mentions go to the other classics in the multi-pack box we all fought over, chocolate and banana, too.

And who can forget Paddle Pops’ famous Lick-A-Prize stick competition? We spent summers spent collecting Paddle Pop sticks in the hope of matching them to win another Paddle Pop or a holiday to some idyllic island. 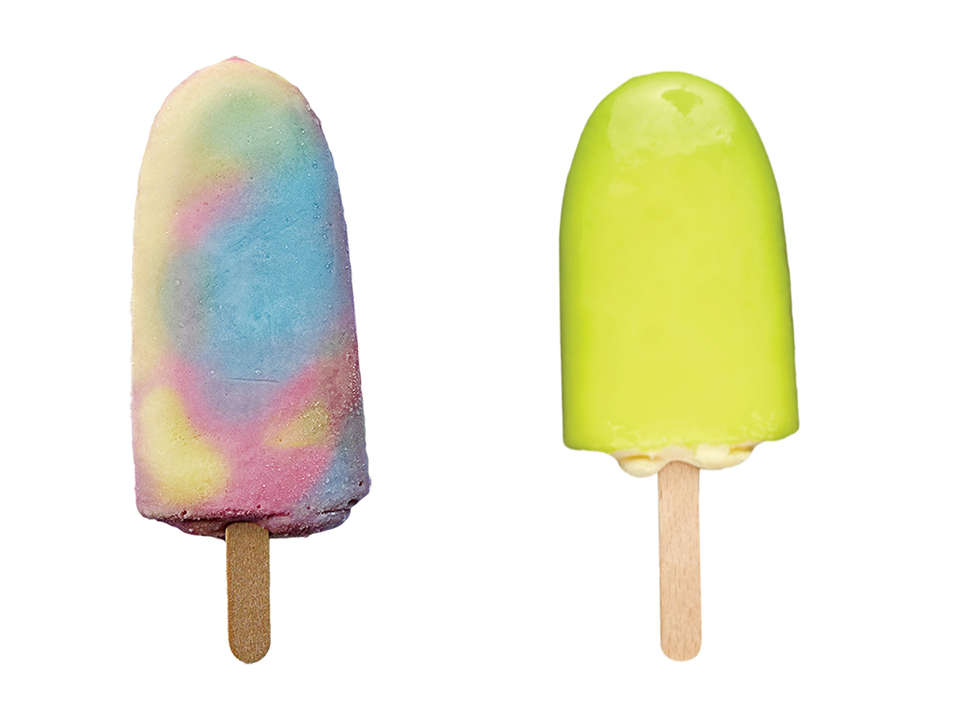 Ice cream AND icy pole? All our dreams came true when Splice stepped onto the scene and offered the best of both worlds. The fresh pine-lime flavour provided the perfect tanginess in contrast with the creamy vanilla underneath. This ice cream epitomised life by the beach with a true taste of paradise.

Golden Gaytime... "More like a party than an icecream"

Hello heaven, is that you? An eternal classic, the Golden Gaytime delivers a divine mouthful of toffee crunch, vanilla, chocolate and honeycomb biscuit crumbs… oh my word, we’re salivating.

The best bit? Seeing it evolve in the form of tub ice cream, deep-fried at a few select pubs and even as a Gelato Messina special - these bad boys have always been top of the table. Plus they’re still 100% acceptable to devour as an adult in their original form. Be right back, need one now. 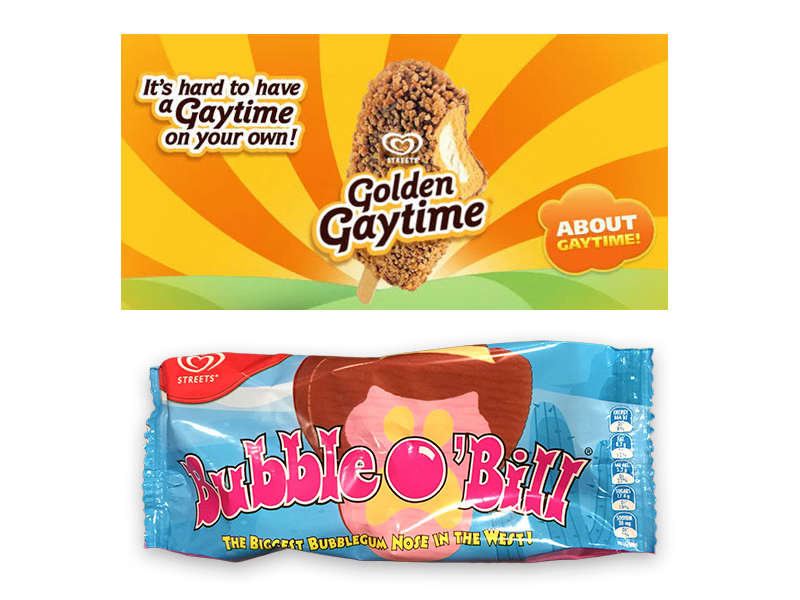 You all knew, deep down, which one would take out the top spot. The epitome of hot after-school arvos, the major drawcard was the fact it wasn’t just an ice cream. That big ball of bubblegum smack-bang in the centre made it so much more, and also made it easier to defy your parents when they said you weren’t allowed any gum this week. Even though it lost its taste after five chews, there was no denying the universal appeal of everyone’s favourite cowboy.

Five years ago, there was even a Bubble-O-Bill Day