The best music apps for kids 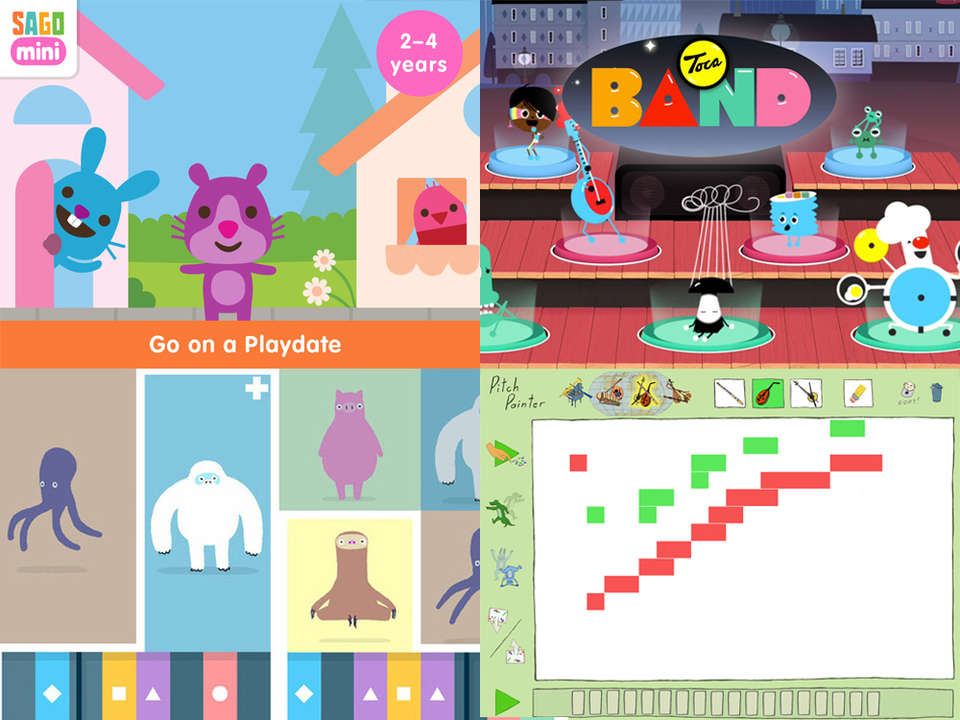 Got a little rock star on your hands? Keen to tap into their talent so they can start making music of their own? Kinderling Conversation spoke to Kate Highfield,  from Macquarie University’s Institute of Early Childhood, about the best apps to get those little sounds started.

Suitable for ages: under 2

This app works by encouraging your child to first think about what type of music they want to hear. Do they want to listen to a xylophone? Or car horns? Or drums? After they’ve selected their chosen instrument, they can touch a blank screen and a ball will appear. What’s interesting is that as you move your finger across the screen different-coloured and different-sized balls appear. The balls respond to gravity so if you tilt your i-Pad they start moving around.

According to the length of time you hold your finger down for, a little surprise appears. If you hold your finger down for a very long time an animal appears. Maybe the first time will be a little bird. Then next time you get a cat.  The app’s great at promoting communication because as a parent you can go “Wow! You got a cat! Let’s do it again and see what you get!” Sago Mini Sound Box provides a wonderful opportunity for co-engagement, allowing mums and dads or big brothers and sisters to play with their younger sibling. And for those of you who are interested in musicality, as you move your finger across the screen from left to right you can actually produce a full scale.

Suitable for ages: babies and up

This is a simple app that’s a xylophone. It’s suitable for our youngest children and presents a great opportunity to explore cause and effect. As it’s dual touch it means that older children (and their parents) can explore chords. It presents a relatively accurate xylophone sound and can have multiple people playing to explore music together.

Toca Boca are a group of developers who are really trying to make great apps for children. What I love about them is that most of their apps are open-ended and Toca Band, which has been around for a couple of years now, is one of my all-time favourites.

Toca Band literally gives you a bandstand and along the bottom of the bandstand you have a whole heap of different musicians. There’s a little rapper dude and then there’s a spider who’s actually a percussionist. Where you drag each of those musicians on stage indicates how prominent they’re going to be (in the performance.) So if you drag your percussionist to the bottom level of the stage, the spider’s going to be engaged in the band, but not the star of the show. As you move your musicians up to the top level they’ll become more prominent, more the star.

The final part of Toca Band is that if you place a musician in the star role you can then control them as the player so you become an active participant in the music-making yourself.

This app allows children to select instrumental sounds, then through drawing on a canvas “paint” musical compositions. Pitch Painter is clever as it links some concepts of musical notation in a fun and open-ended manner. This means children can create, experiment and erase musical compositions with ease.

Available on: iTunes only

Loopimal is a really interesting one because this app is actually a way for your kids to start coding. In Loopimal you have a series of characters that are going to do a dance. Each symbol causes the character to do a different move. For example, the diamond might make a character stand up tall whereas the circle might make them spin around.

The app was originally pitched for older children, but in fact I’d suggest it works for our youngest children too. If you’re just using one character you can create a very simple pattern. I love that this app brings back the idea of physicality into our musical space, that music isn’t just playing an instrument but it’s got a visual arts component or even a dance component as well.

Available on: iTunes only

::  Awesome apps for school starters
::  Download our free Kinderling app
::  Food refusal: How to feed a fussy eater
::  How to negotiate with a toddler