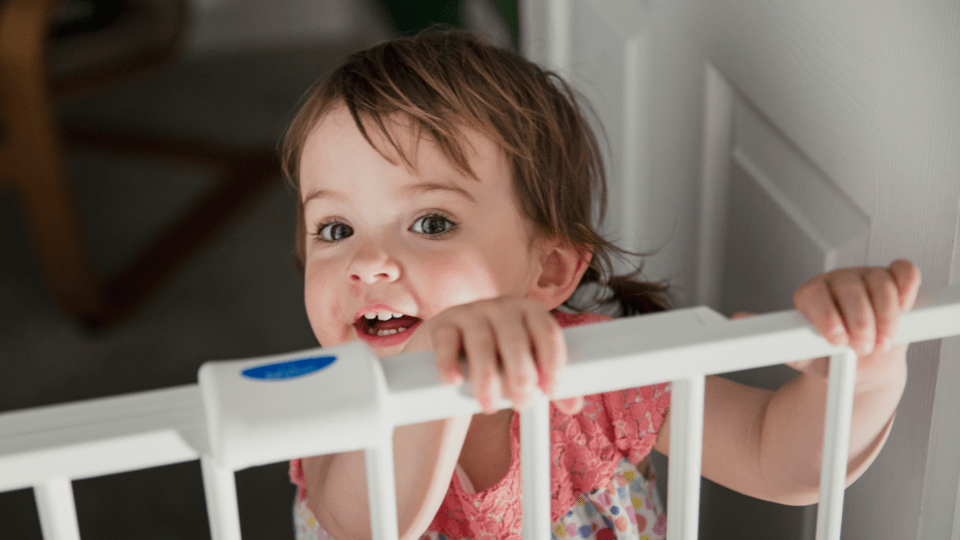 Let's be honest, our kids aren't the most convincing liars at the best of times - but here's one way to catch them out, without fail.

The other day I found black pencil squiggles all over our beige couch.

“Sam, did you do this?” I asked, pointing the crime out to my little guy who can only do squiggles.

“No … ” he replied in a little but clearly guilty voice.

“Then if you didn’t, who did?” I said accusingly.

Sam thought about it and then gave me this considered response:

“The pencil is magical! The magical pencil did it!”

It was too cute for me not to smile.

But that said, I did still banish his favourite dinosaur for two nights as a consequence, after I told him I don’t like lying and that pencils are NOT magical.

The marks came out

Thankfully with a bit of stain remover on the cushion covers and a wash, the pencil marks all came out (and yes, I am VERY happy he didn’t get his chubby little mitts on permanent marker instead.)

But this isn’t the hero of this story.

I discovered this funny trick

As often happens when we are thinking about something, this couldn’t-be-more-relevant meme popped up in my Facebook feed that same day: 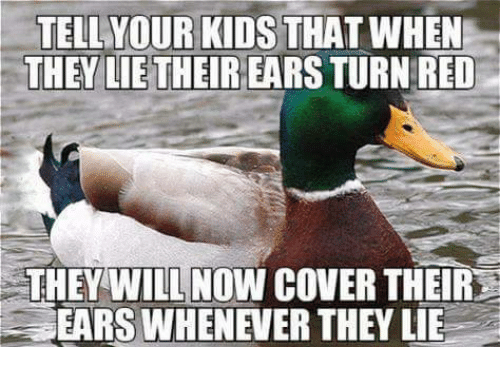 So, naturally, I tried it out.

I sat Sam down and told him I needed to tell him something.

“Sweetheart, did you know that I can always tell when you’re lying, like with the pencil on the couch?” I said.

“I can because your ears turn red!” I informed him.

Then, just before dinner time when he knows he can’t have a snack because it will spoil his appetite, I heard the rustle of plastic.

“Sam, do you have a muesli bar under that blanket?” I asked.

THEN COVERED HIS EARS!!! 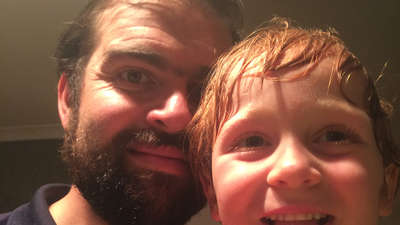 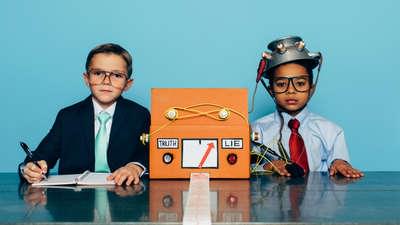 "A third of two-year-olds, half of three-year-olds and 80 percent or more of children four and older will deny their transgression, regardless of their gender, race or family’s religion." 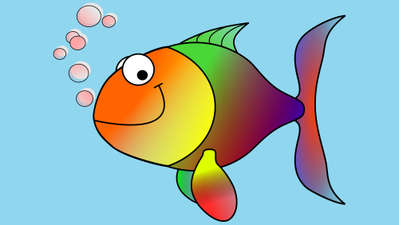 Lies and deception: The 7 stages of buying your child a pet goldfish

Getting to the last stage may actually be a blessing in disguise... 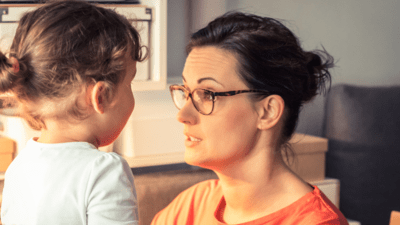 It's as if telling these white lies to our children is a parenting rite of passage!