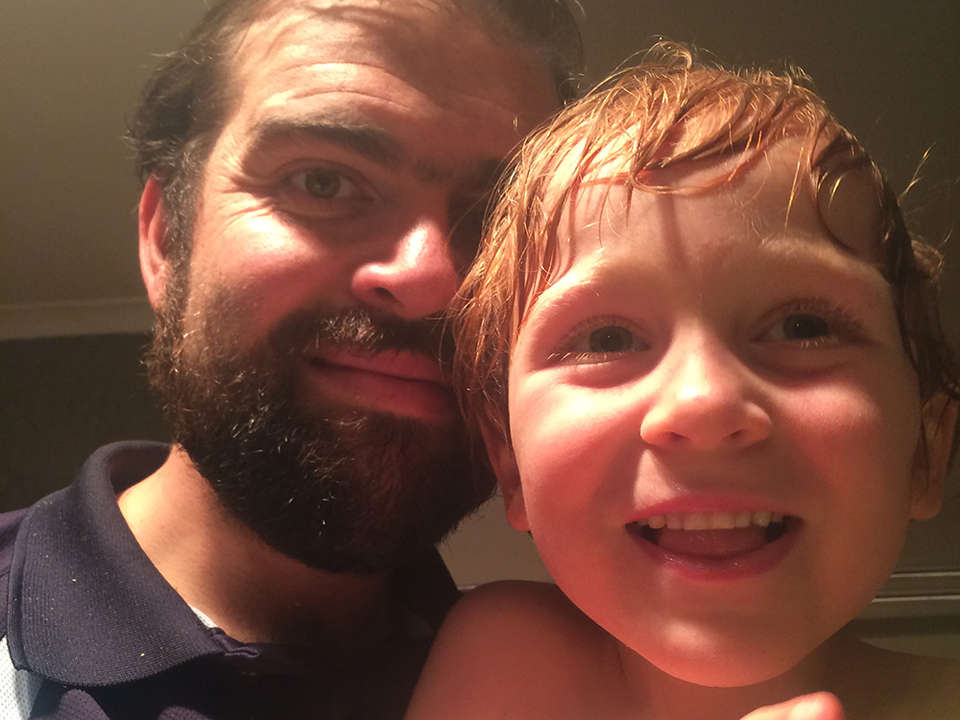 The Dadinator is Seamus Curtain-Magee, a teacher, father of two and creator of the blog Dadinating the Country.

I was in a room looking over a piece of paper. It was about 2 pages long and I was reading over a question, trying to decide which number to circle. It wasn’t a hard question. It was something like:

Overall, how stressed do you feel at the moment:

1 was the least stressed, 5 was the most. I was mulling it over in my mind.

We had a baby 15 months ago, and I hadn’t slept properly since then. We had just spent ten months living in a place that can best be described as a “freezer” while I worked through my first year of teaching.

Every night I’d come home later than I’d like, spend as much time with my child as possible, bathe him and sit with him while he took two hours to get to sleep before getting on the computer and working on tomorrow’s lessons until I started to fall asleep at the screen and staggered off to bed, where I’d be woken up two or three more times before morning.

I’d run out of sick days because sleep deprivation and stress had meant that I was getting sick more than normal, or there were days when I just couldn’t go in to face Year Eights.

We’d just found out we were expecting a second baby.

I didn’t have a job next year, I’d applied for a few but had not gotten any good news yet. It looked like I’d be working as a relief teacher, and hoping work would come in.

We were about to settle on a new house, our first home, complete with a mortgage and I didn’t really know how we were going to pay it.

I knew my wife was struggling too. She’d been managing depression most of her life. Sometimes with medication, sometimes without, but the lack of sleep and the pressures of new motherhood had taken their toll on her. She had so little in the tank, and she was about to face pregnancy again.

But I loved so much about my life. But I was doing better than my wife (at least I wanted to think so), but this time in the family centre was about our son, not me...

2? Seriously? I think some primal inner man-voice in my head must have shouted “Harden the …. up man!” to me.

It took a second to make that decision.

The rest of the questions went in a similar vein, as did my answers. There were a lot of 2s. Of course they were 2s. I mean I don’t get stressed. I’m strong, I’m a dad, and I’ve got other people to look after.

After they went through the results, one of the nurses came to me and offered me an hour with a counsellor. I was taken aback.

“Yes, go,” said my wife. “Come on, it’s been pretty rough,” she continued as I raised my eyebrows. I nodded. I admitted it. I was defeated. I needed help.

And I got it. And it helped.

And I wish I was more honest with myself than circling “2” in that quiz, because if I hadn’t sat down and talked to someone, well… who knows?

Since then I’ve challenged myself to be a bit more honest about when I’m not okay. It’s part of why I write, and part of why I wanted to share this story today. It’s okay to say you’re struggling, and it’s okay to ask for help, even if you think you’re Superdad. Sometimes life is a bit more stressful than a “2”.

:: How I manage my anxiety as a working mum
:: Watch dad totally solve the baby sleep dilemma
:: Meet the Dadinator, one dad rethinking fatherhood and feminism