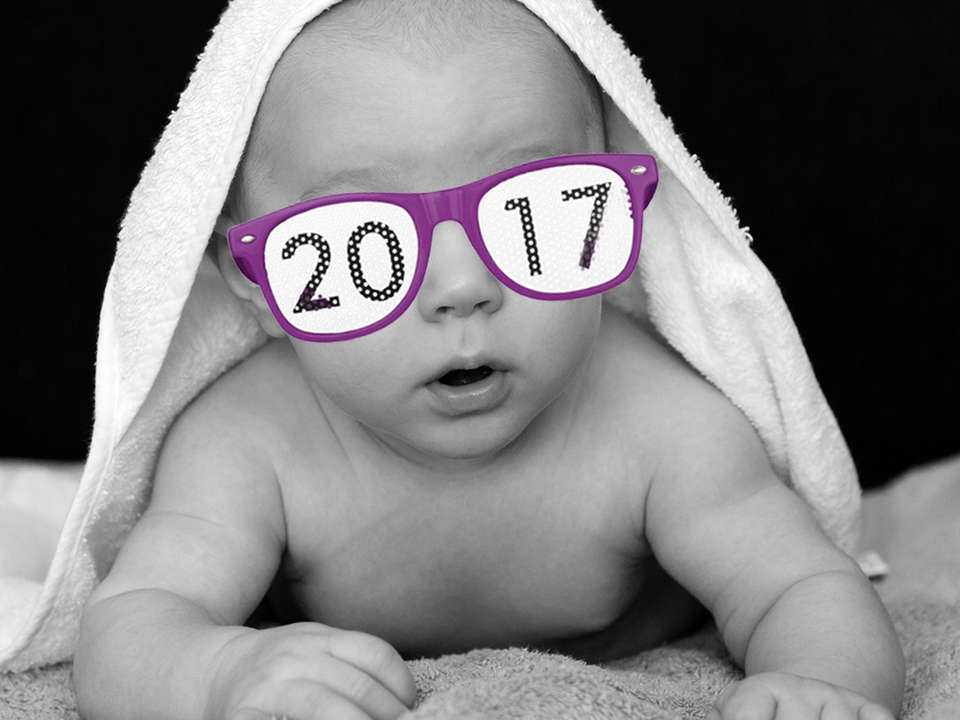 After a turbulent 2016, it’s safe to say we’re all looking to 2017 for a fresh start. That extends to naming all the new little humans entering the world!

Social researcher and author Mark McCrindle recently spoke to Kidspot about the naming trends he’s predicting for the coming year.

Can we buy a vowel?

Forget consonants, they’re so last year. Smoosh in a few more vowels for your bub’s name.

Mark says that ‘A’ is currently a great letter to adopt. “Vowels not only at the beginning of a name, but also within a name, are very strong,” says Mark. “Historically, there are a lot more names starting in ‘A’ now than we’ve ever had. You used to have your basic Andrew and Aaron, but now you have Addison, Alana, various forms of Alex, Alyssa, Angelina…”

Don’t limit yourself just to ‘A’ though. Experiment with the other four vowels because they’re in full force, too. “I think that’s part of the trend towards soft, flowy names with lots of sound to them,” says Mark.

Jump to the other end of the alphabet to find the next big thing in names: the last three letters.

“Parents are choosing names starting with letters that were previously very unusual, such as X, Y and Z,” forecasts Mark.

The most popular of the three is ‘Z’, with a huge rise in these names of late. Hello Zane, Zoey and Zorro (okay, maybe not the last one).

Looooooong names are in!

People are also taking to lengthening their kids’ names with a few more syllables.

Mark says, “For boys, William, Jackson and Alexander are making a comeback. For girls, short names such as Mia and Ava are down while phonetically longer ones such as Charlotte, Amelia, Sofia and Chloe are up. I think it’s part of a trend of substance and conservatism – parents want a solid name.”

But let’s be honest, no matter how long or short the name, you can be sure it will be shortened here in Aus (especially when Twitter’s involved).

Technology is also big factor on names, according to Mark. “[Parents] think about how the name is going to work as a Facebook page or Twitter handle – basically, their child’s identity in an online world. Some parents even check if the website or Facebook name is available,” he says.

“There’s also the influence of technology in who shapes the names. Bloggers are key celebrities for Generation Y and these new icons influence baby names.”

So for the future social health of your child, ensure their name will work on Instagram (extra points if it’s not yet taken) and scope out their hashtag early - #Todd FTW! LOLs.

Cultural diversity is in the mix

Perhaps the most exciting of the emerging trends are the multicultural names tipped to be trending in 2017.

Mark says that’s helped by the fact that Australia is just so multicultural. “According to the Australian Bureau of Statistics, the proportion of Australians born overseas is 28 percent, which is the highest it’s been in 150 years. And birth rates are higher amongst those born overseas than those Australian-born, so we’re becoming more culturally diverse,” Mark says.

It’s great to see people holding onto their culture by naming children using names from their heritage. As Mark notes: “Australians born here are engaging with their cultural connections overseas by choosing names that are exotic and don’t sound Anglo.”

With all this in mind, how do you go about choosing? Here are a few hot tips for 2017's top names: