Original Wiggles shine at Sydney reunion show, despite black out 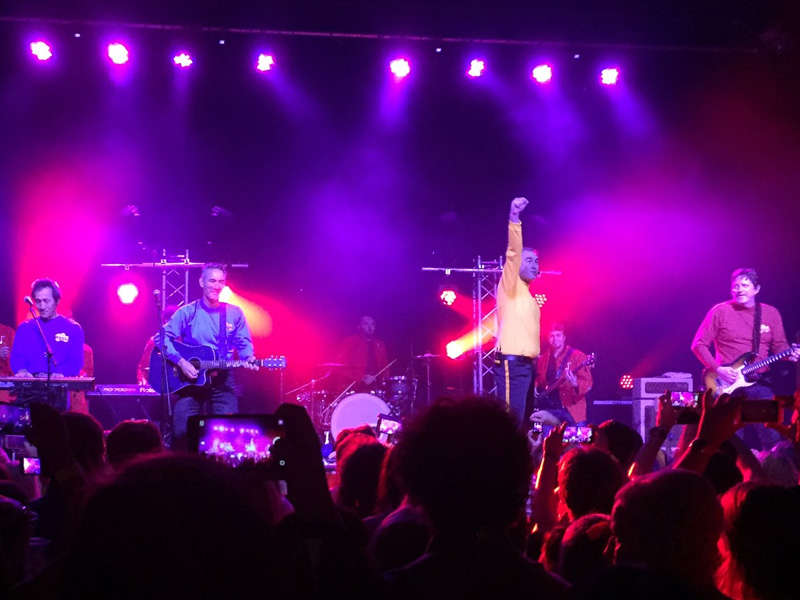 This was no ordinary Wiggles gig - and not just because it ended in a black-out. For starters, it was in a pub and started at 8pm, long after most of their youngest fans had gone to bed. Plus the drinks list was a little different. 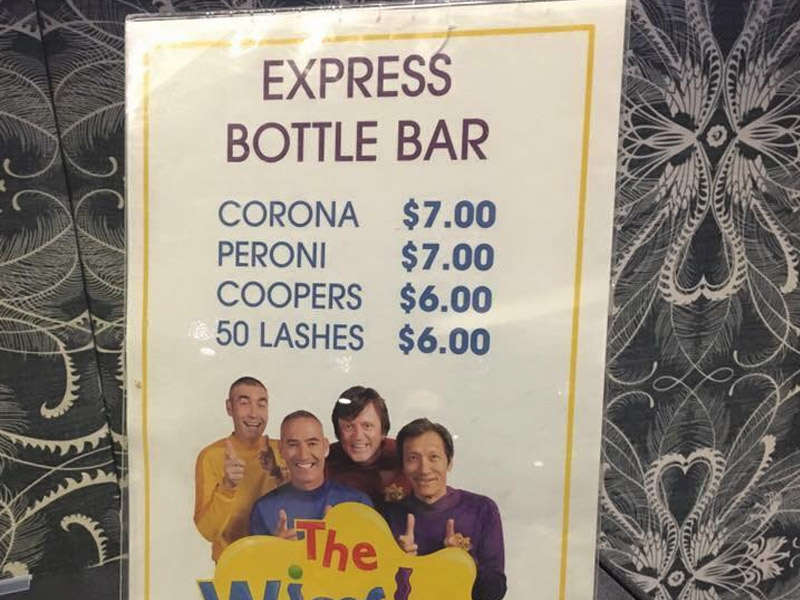 The over-18s, sold-out show also doubled as a charity fundraiser for their friend, returned soldier David Savage, and the Soldier On charity, which Field and his brother and Wiggles manager Paul are ambassadors. (Savage survived a bomb blast in Afghanistan and is now in a wheelchair.)

The 700 ‘big kids’ at the show didn’t hold back, shaking their sillies out to Wiggles favourites like ‘Fruit Salad’, ‘Rock A Bye Your Bear’, ‘Joanie Works With One Hammer’ and ‘Toot Toot Chugga Big Red Car’.

And yes, they woke up Jeff. Watch the video.

Even a power black-out couldn't pull the plug on the party, with the band performing eternal anthem ‘Hot Potato’ acapella in near-darkness at the end of the show, joined by the whole audience. Watch this fan's video.

After the show, fans, who has come from across Australia to make the show, flooded the group’s Facebook with praise. Here's just a fraction of it.

Kiana: "Was one of the most amazing nights of my life!!!!! I have never been so happy at a concert before. You guys made a dream come true tonight."

Kim: “Thank you Wiggles for such a fantastic show, you made us all feel young again!”

Nell: “So much fun last night and wonderful! My daughter has been very ill for months and she was up and dancing - it was a delightful, wonderful, wonderful night. Thank you!”

We hope another show is on the card soon!

The Wiggles are just one of the great groups Kinderling plays across the day. Listen on digital radio, on our app or stream online

:: The secret to The Wiggles' success
:: Murray Cook shares his favourite music on Regression Session
:: Sam Moran discusses his ARIAs win and The Wiggles