"This can happen so quickly": Baby badly burnt at Queensland water park 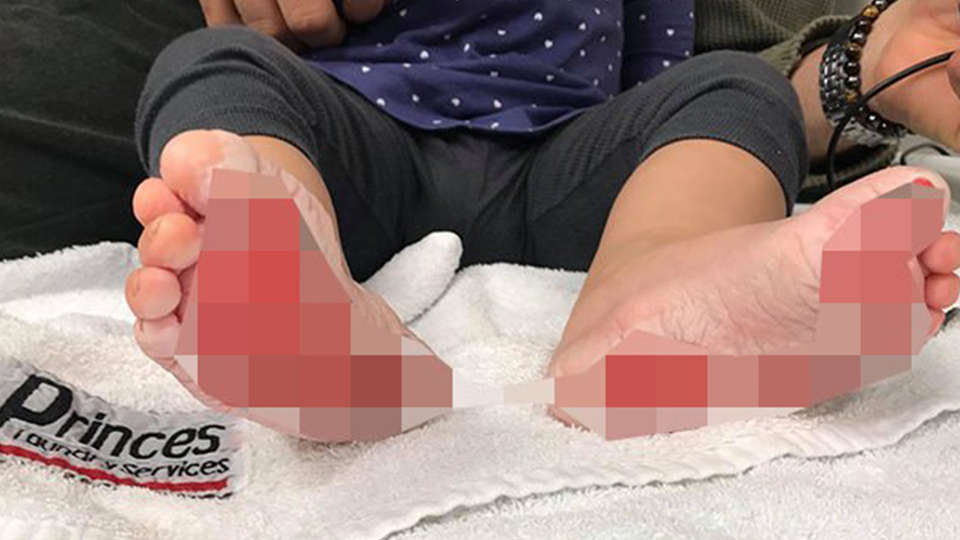 It should have been a lovely day out for this mum and her baby daughter.

But when Simone Pickering and her 18-month-old daughter headed to Ipswich River Heart Parklands for some fresh air and a play with family, they weren’t to know that the day would end in disaster.

In an emotional post on Facebook explaining what happened, the upset mum alerted other parents to an under-the-radar hazard – and challenged local authorities over their failure keeping kids safe.

Second-degree burns to her feet

Simone’s little girl was running around with no shoes on, having a lovely time, when she walked across a metal panel set into the concrete. The sun had warmed the panel to such a high temperature that Simone’s daughter sustained painful second-degree burns to the soles of both of her feet.

“In seconds the damage had been done … This was NO minor incident,” Simone explained. “The drive to the hospital was the most horrific heartbreaking 10 minutes of my life to date.”

Predicting the mummy-shamers would be sharpening their claws and ready to blame her for allowing her daughter to have bare feet, Simone laid out some cold hard facts.

Simone says since the accident occurred, she’s been feeling worried for her daughter … and very, very judged.

“The thing that gets me is that as parents we are constantly under scrutiny,” she wrote. “From those around us, society and ourselves so when an accident happens we tend to feel shame and guilt.”

But in this case, Simone was supervising her child and thought she had assessed the situation for potential dangers. She says the fact that the panel even existed in an area where barefoot children play is unacceptable.

“It was the negligence of our local council and the engineers that has left our 18month old with partial thickness (second degree) BURNS to the bottom of both feet.”

Simone said she is “angry to hear that this type of burn is common. That each year children are admitted to Lady Cilento Children’s Hospital after stepping on council-owned grids/pits in local parks.”

She hopes that by sharing her family’s experience, that she might spark change – and a rethink of dangerous surfaces in areas where children play.

“What I want is to bring AWARENESS!!” Simone explained. “I DO not want this happening to any other child if I can help it.”

This seems like a total no-brainer for local councils who could surely have a responsibility to replace these plates/grids with a material that doesn’t conduct excessive heat.

“Kids take their shoes off in a second”

Lots of commenters were very quick to blame Simone, but thankfully some were less judgemental.

“Kids take their shoes off in a second, kids play barefooted at water parks,” one commenter posted. “What you don’t expect at any water park is a searing metal plate on the ground.”

“Had this happen to a grandchild at a council pool of all places,” another woman wrote. “Don’t tend to put shoes in children at a pool or water park. Did the council care? Not one jot. Don’t feel guilty and don’t let the ‘perfect ‘ parents get to you.”

“This can happen so quickly as it did to me,” someone else commented. “Not quite as bad as this but bad enough. My feet are still very sensitive after many years. Don’t blame the mum. I hope she recovers quickly.”

We’re glad Simone is highlighting this danger to parents and we also hope her daughter has a speedy recovery.

Simple ways to keep your child safe from playground burns

On warm and hot days things can heat up quickly and retain enough heat to cause serious burns. Younger children are particularly at risk because they may not pull away from a hot surface as quickly as older kids.

Many playground surfaces and equipment – including plastic – can reach dangerous temperatures even when it is a low humidity, bright and sunny day in the high twenties, Kidsafe say.

Kidsafe suggests parents help their children avoid playground or outdoor burns in a number of ways.

Awareness of surfaces is a must

It’s also important to note that some surfaces parents may not consider dangerous pose a potential hazard to little ones.

“Rubber and synthetic grass playground surfacing have been known to cause burn injuries to the soles of children’s feet on a scorching hot day,” Kidsafe say.

“A child is at risk of a burn when a surface exceeds 50 degrees C and when the skin is heated to 45 degrees C for a prolonged period. At surface temperatures greater than 50 degrees C, tender young skin can be burned severely within seconds and may require surgery,” Kidsafe warns. 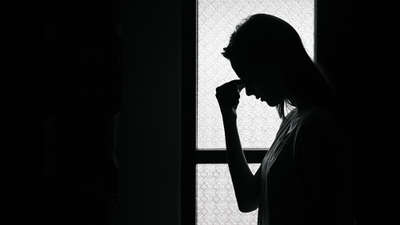 Mum's story: "Our baby was just 8 weeks when my husband left me"

The doctor was appalled ... 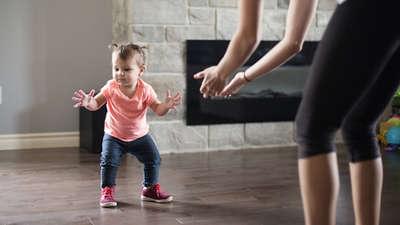 Step by step: How to encourage your baby to walk 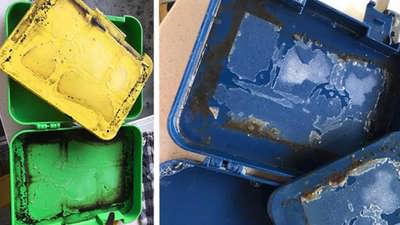 "I hate knowing they were eating out of a lunch box like this ..." 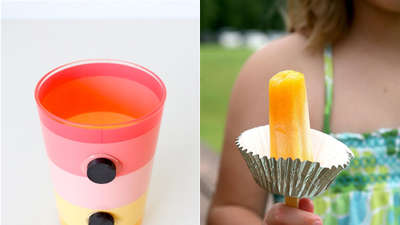 7 cool hacks to beat the heat