This mum's breastfeeding yoga photos are dividing the internet 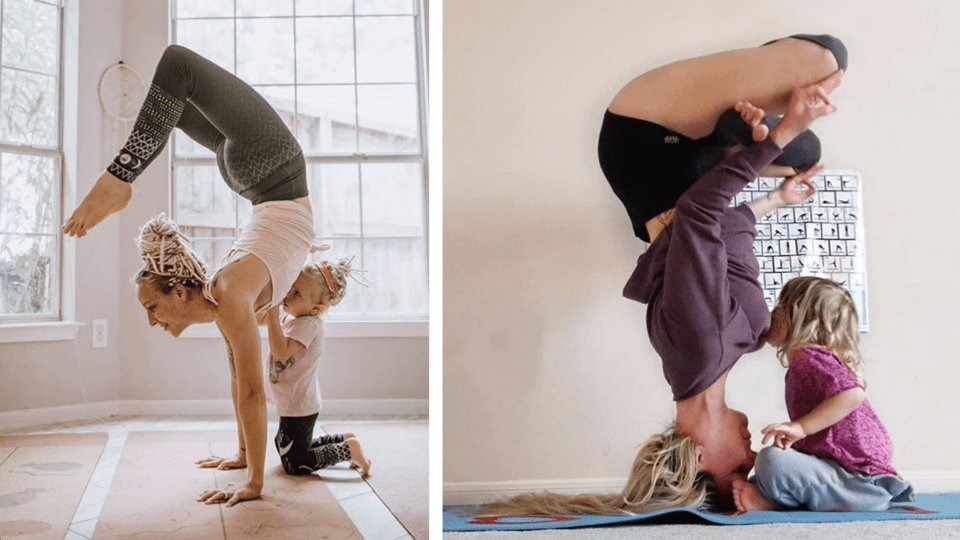 The breastfeeding bond between a mother and her child is something special and unique, but a lot of people online are judging this mum for the way she chooses to feed her toddler.

When yoga queen and breastfeeding mum Carlee Benear shares photos of herself striking yoga poses while feeding her hungry toddler, many people are in awe of her excellent yoga skills.

But another bunch of people see these photos as a “game on” declaration, and they loudly let their nasty, disapproving opinions be known. And then they start fighting with other followers. It’s exhausting for us to watch, so gosh knows how Carlee puts up with it.

Look, we get it, in a tiny ill-conceived way. For many of us yoga is tricky and breastfeeding a challenge. Doing both things at once is incredible and seeing someone else nailing it might just chip away at how we feel about our own skills?

Further, transferring our own insecurities to the comment section of someone else’s social media and invading their space … it’s not nice or necessary. Nope.

Carlee’s sharing photos to document her motherhood journey and yoga practice and perhaps to raise awareness of the parenting practices she follows.

Granted, her images are jaw-dropping and perhaps confronting to people who promote modesty or feel like a bit of a floppy weakling. But does someone doing things beautifully or differently – in a very committed way – really deserve to be the focus of vitriol and all the vocal and disapproving opinions? Surely not. Just no. 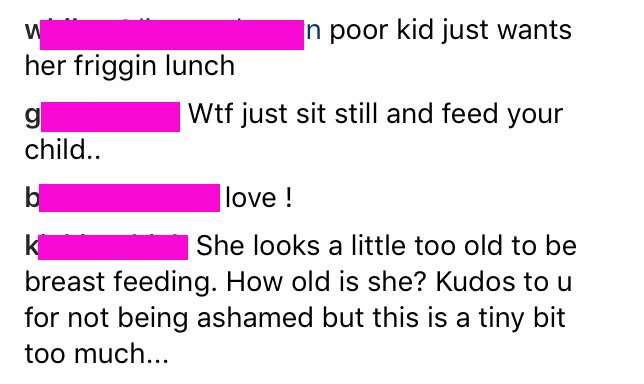 Some critics are questioning the safety of Carlee’s poses and worried her child will get hurt. Some followers are asking Carlee if her child isn’t a bit “too old” to be breastfeeding. Others still are simply keen to tell Carlee to sit down or shut up or put it away or eff off. They might be fascists. Or hangry. We’re not really sure.

Suffice to say, in an era where some pretty bonkers types are ruling the free AND less-free world, lots of people have lots of angry things to say. About a woman who is really amazing at yoga and great at feeding her baby. And does both at the same time, sometimes.

If you can’t say something nice …

This again proves that a) some people need to get over themselves and b) we really need more focus on developing our own personal codes of conduct for social media. For everybody’s sake.

Here’s some tips for those playing at home (and finding the urge to shame or troll others is overwhelming). Feel free to add your own.

Now, here’s some more photos of Carlee to inspire your parent or boob or body skills. 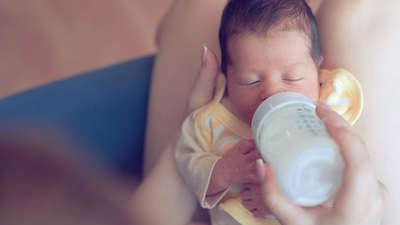 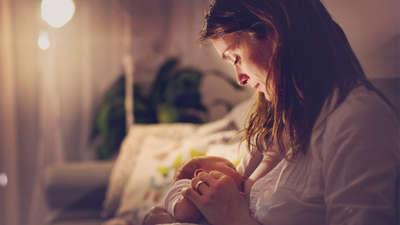 The first six weeks of breastfeeding are the hardest. Here's why.

This is NOT about being pro-breastfeeding and anti-formula. 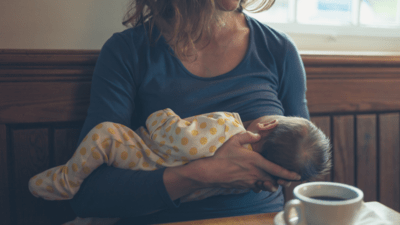 The reason why breastfeeding can make you feel sad

As an expert explains, this feeling is completely out of a mother's control. 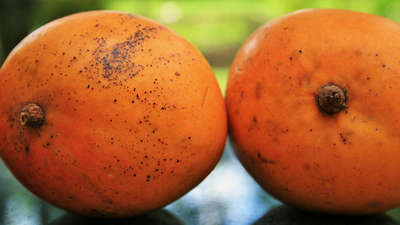 8 phases of mum breasts: From proud and perky to flat and fatigued

Our boobs take quite a particular journey before and after having a baby!