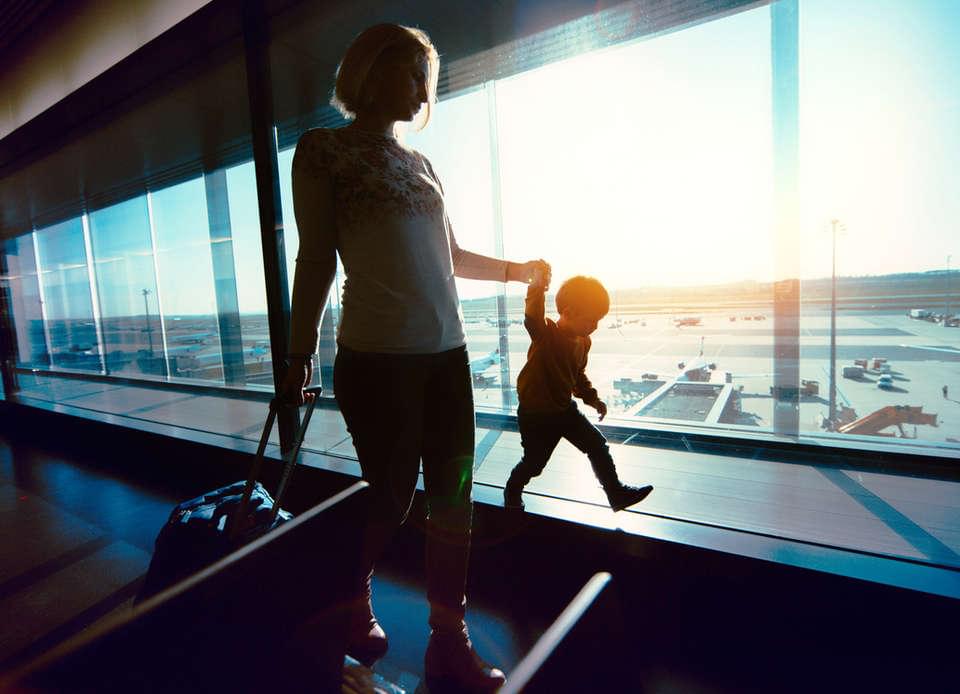 One thing's for sure, there were no winners on a recent flight between New York and Germany,  when a three-year-old boy allegedly spent the entire time throwing the mother of all tantrums.

According to news.com .au, fellow passenger Shane Townley uploaded a You Tube video of the little boy throwing himself around the plane, screaming and posted it to You Tube with this comment:

“Watch as this kid runs and screams throughout the entire flight while the mother does little to nothing to stop him. 3 years old on a 8 hour flight from Germany to Newark NJ. He never quits!”

While the other passengers on the plane were no doubt really inconvenienced, it’s impossible not to feel for the little boy and his parents who no doubt spent the entire time biting their nails down to the quick.

A bit of empathy goes a long way.

My toddler threw a tantrum on a plane

A few years ago my family and I travelled to Fiji when our son was 2.5 years old. He was as good as gold for 4.5 of the five hours we were in the air but fell into the deepest sleep of his life fifteen minutes before landing.

As we descended into Sydney he woke up over-tired and overwhelmed – a ball of a child who screamed, “Get me out of here!” till we made it inside the terminal.

I was mortified. And mostly because of the dagger looks we got from fellow  weary passengers. I was so grateful for the handful of people who either looked in sympathy or patted our shoulder and said soothing things like, “It’s tough for kids.”

Unfortunately no matter how much you plan, or how many snacks and toys you’ve got to hand, children are plain unpredictable – throw in a long flight and you just never know what you’re going to get.

But that doesn't mean you can't try, right?

I liked these tips from travel blog, aptly called 'Travel with Kids':

Even when our kids were a bit too old for strollers, we brought along small, lightweight umbrella strollers. Not only are they vital in big cities when little legs get worn out and parents may want to continue exploring, but they can be used as luggage carts for all those carry-ons in the airport.

Even though you have the strollers with you, have the kids walk through the airport.  It will help them burn off some energy before the flight. We tell the kids what gate the plane is departing from and let them find it. They have fun running around, looking at signs, and get lots of exercise without even realizing it.  You could also design a scavenger hunt with things you commonly see in the airport to keep them moving and burning that energy.

The main thing kids want when sitting right next to you is your attention.  This is vacation time after all and without the school, sports schedules, etc pulling everyone’s attention in a thousand directions like at home, the kids will definitely want some one-on-one time.  Play cards with them or a travel size game. Tell them stories. Draw with them.  I made the African zoo with Seamus (see #1) which is why he was so happy to play with it for so long.

Got a failsafe travel tip of your own to add to this list? 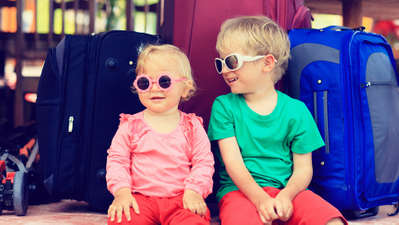 Not on board: Experts say kids don’t want international holidays