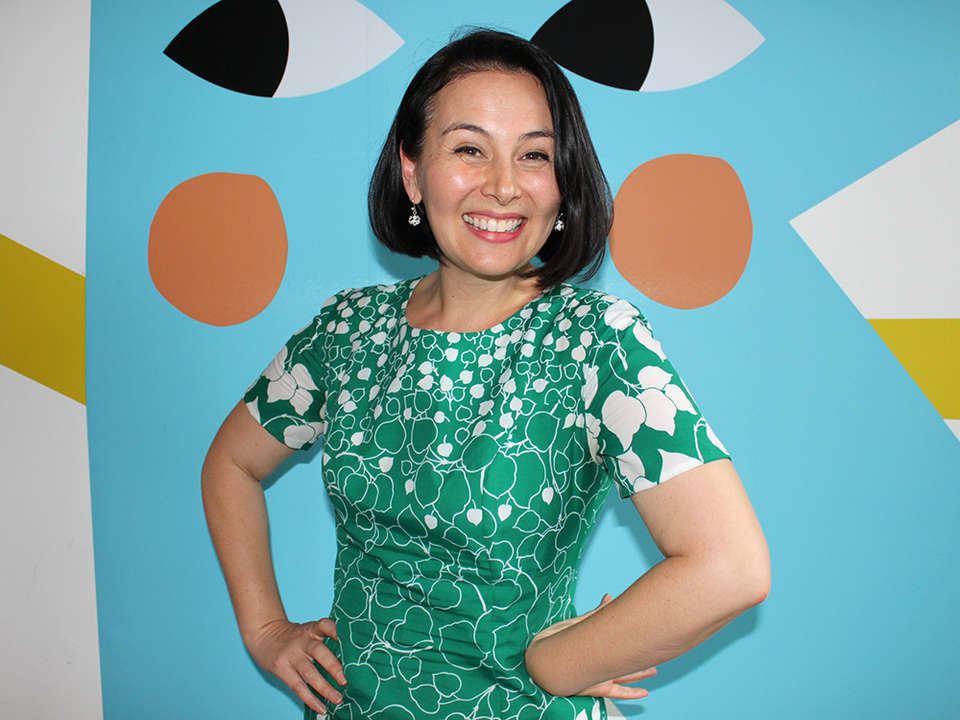 She’s famous for singing with Lah-Lah’s Big Live Band, but what music did Tina Harris love when she was little? When the star of the ABC show visited our Regression Session show, we couldn’t resist diving deeper into her past. From her first rockstar crush (hint! he’s simply irresistible) to forgettable fashions to her first gig, she gave us the good goss on life before Lah-Lah.

Who was your first music crush as a kid?

Oh my goodness, this will really show my age! It was Robert Palmer in the ‘Simply Irresistible’ video. I was 12 and I think he was the first pop star I thought was amazing. No posters on the wall but I did go to see him at the Entertainment Centre. So funny because when I look back, he was just an old guy in a suit.

How would you describe your music taste as a child?
Daggy, really, really daggy. It’s kind of embarrassing. I liked loads of musicals from watching so many old movies with my grandpa and a fair bit of classical, opera and song. Thank goodness I moved to Sydney and met Buzz (her bandmate and real-life partner) and found the world of Jazz and world music.

What was the first gig you went to?
My first musical was Pirates of Penzance with John English and Marina Prior. It was Marina’s first professional gig and I remember hearing the story of her first audition and how she fell over on the way in. It sounded like something I’d do. I just loved that show.

What was the first album you bought with your own money?
Flashdance the sound track. Just loved the movie and used to try dancing around the lounge room. I’m proud to say my dancing hasn’t improved much. We often joke Lah-Lah has her own daggy dance style.

What was your favourite music fashion growing up?
Cyndi Lauper! I had fluffy hair and fluro sandals. I thought I was very cool.

Tell us about the first show you ever played…

It was in Wollongong with the concert band I played in. I was a terrible second alto saxophone. I think we did a local community centre. I remember being so nervous. I just loved the sax but wasn’t terribly good. Singing was the thing that came a bit later.

How would you describe your dance moves then and now?
Oh my goodness, dancing and me, well there’s the moves the choreographer does and then there’s the ones I do. They are meant to be the same but...what can I say! The funny thing is when I get my red and white socks on I have no fear.

What album are you loving right now?
I’m a big Corrine Bailey Rae fan. I love her album The Sea. The song 'The Blackest Lily' is my favourite.