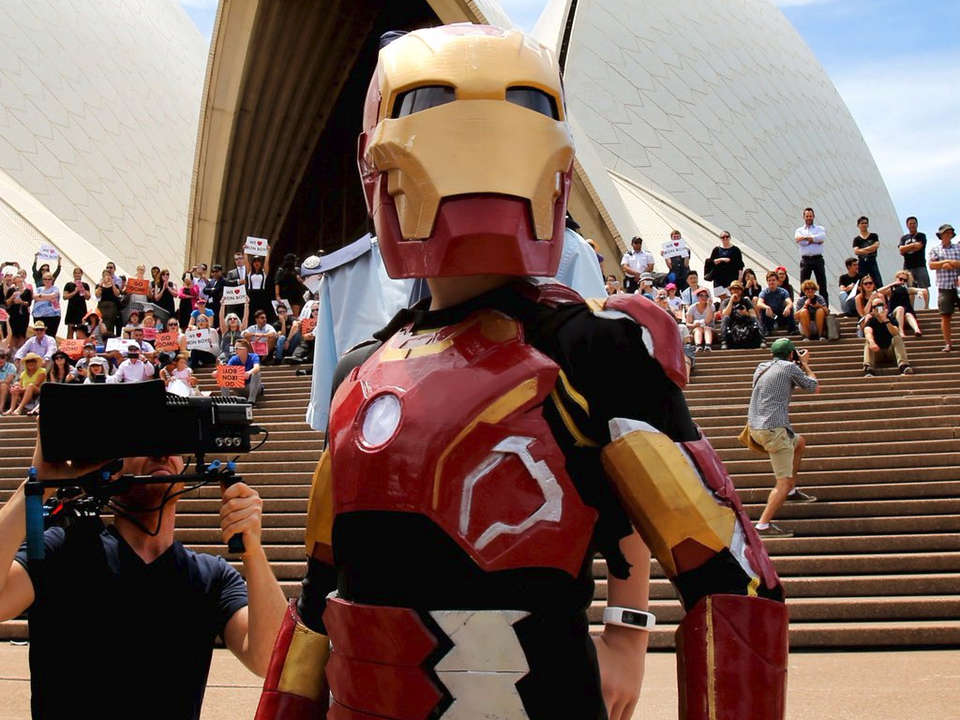 This one gets us right in the heart! Nine-year-old Domenic Pace’s superhero dreams became a reality yesterday when he transformed into ‘Iron Boy’ to save the day. The little legend from south-west Sydney sadly suffers from cystic fibrosis but he became a hero for a day, thanks to the Make-A-Wish Foundation and NSW Police.

In an epic effort that will make your eyes water, Domenic was picked up in a police helicopter and given his ‘mission’ from Police Commissioner Andrew Scipione and his specially designed suit.

Watch the video and try not to cry:

Accompanied by older brother Joseph, 12, playing his sidekick Colonel James Rhodes, he then jumped a police boat to Sydney Harbour to rescue reporter Hope Joy, defeat Ultron’s goons and take on the big baddie himself at the Opera House in a spectacular showdown. Topping it off, he was then awarded a medal of valour by the Commissioner himself.

Not only was ‘Iron Boy’ cheered on by a huge crowd of Sydneysiders, he also received reinforcements from afar with fellow Avengers and movie stars Robert Downey Jr and Liam Hemsworth tweeting their support. Iron Boy's adventures has since made news around the world.