Way to go, CBA: You just crushed my nostalgia for the 80s 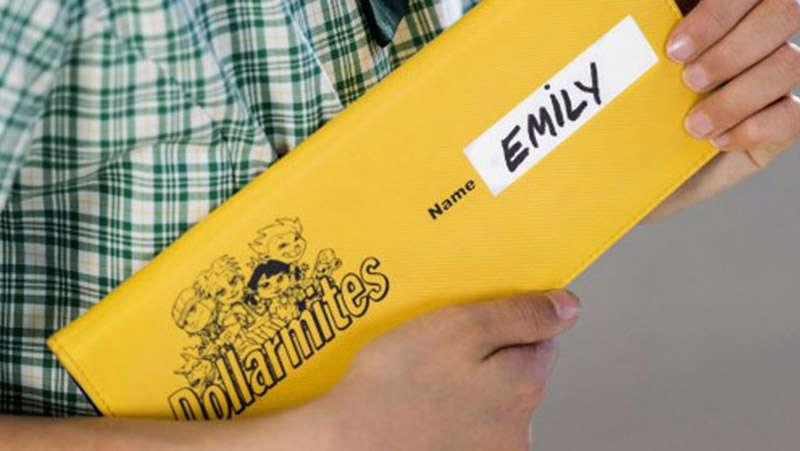 My childhood memories are full of afternoons running about in the back reserve, Rainbow Brites, telephones that plugged into the wall, bad haircuts and a Dollarmite account.

For many Aussie kids, the Commonwealth Bank Australia (CBA) saving program for children under 12 was their first entre into the world of finance.

You got a yellow plastic wallet, with a very grown-up looking cheque book to document your savings. It was accompanied by cute advertisements with alien Dollarmites encouraging you to save your money.

But now I’m an adult, who reads the news, and the CBA has corrupted those memories.

Dollarmites accounts were part of sales targets for staff

I used to believe that the Dollarmites account was all about teaching kids to save. Engraining a good, old fashioned ethic into us young.

But the latest scandal to come out of the Banking Royal Commission has found that CBA staff manipulated the scheme to make sales targets.

Parents would open an account in their child’s name, and if they didn’t deposit any money (which made the account active and contributed to sales targets) the staff themselves would put some money in to the account.

Now, while no children were fleeced of their savings, the big red flag being waved for me is that savings accounts for children count as part of a CBA employee’s sales target. Which means it’s not about cute little aliens encouraging your child to save: it’s about increasing the CBA’s client base.

That’s according to CHOICE Australia. I believe that statistic because I’m one of them, and I know many others are as well.

The Barefoot Investor, Scott Pape, has called the Dollarmites system “easily the most successful marketing campaign in Australian history.”

Xavier O’ Halloran is the Policy and Campaigns advisor at CHOICE Australia. He says that while the practice was stamped out back in 2013, CHOICE have wider concerns about the impact of this kind of fraudulent behaviour.

“If you look at the kind of things that are coming out of the Banking Royal Commission ... the kids might be fine with a savings account when they're younger, but it’s when they're older and they already have this established relationship with the bank, they’ve trusted in the bank since they were kids and then they start to get sold credit cards and insurance and financial advice and all the bad stuff that we're seeing coming out later in life.

“The CBA is looking to trade on that trust that they build at a young age.”

Listen to Xavier on Kinderling Conversation:

We’re better off teaching kids ourselves

While the Commonwealth Bank is not the only bank with a savings system designed for kids, it is by far the biggest, and has the largest presence in our schools.

Xavier said this needs to change.

“We (CHOICE Australia) would like to see banks out of schools. We think as important as financial literacy is, that it should be provided by the schools and not one bank.”

The question we need to ask ourselves is, who do we trust to teach our children about financial literacy?

And there are other educational initiatives available now that are independent (like banqer, an online system designed by a former teacher).

My world has moved on from land lines, bad haircuts and Rainbow Brites (more’s the pity).

Maybe it’s time we all moved on from Dollarmite accounts as well. 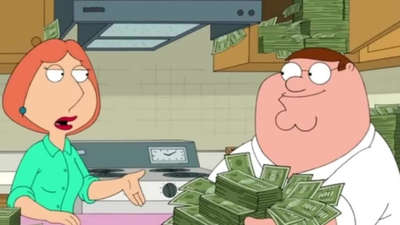 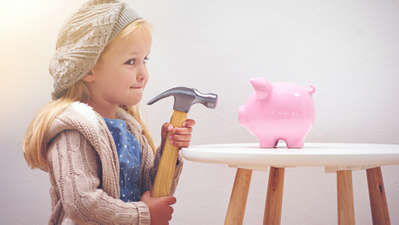 Taking the stress out of kids' pocket money

How much should we give? Should we enforce savings? Or let them just spend it as they want? 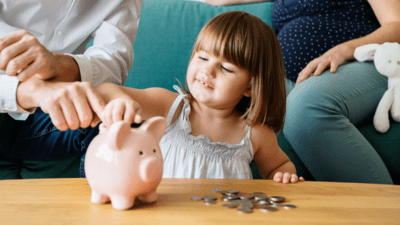 7 tips to help kids understand the value of money 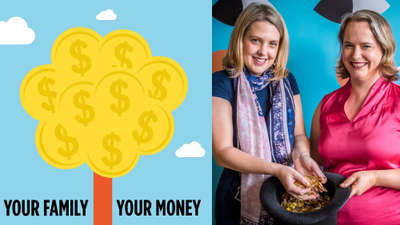 Master your money with our new family finance podcast

Our news series offers a fresh and fun approach to family finance, hosted by Caitlin Fitzsimmons and Georgina Dent. 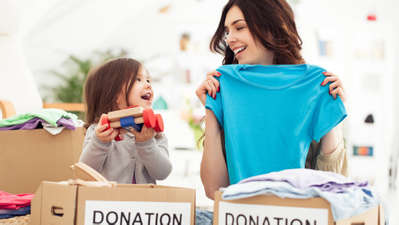 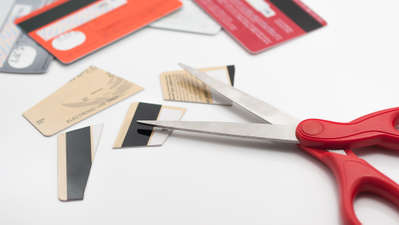 How to cull your credit card debt once and for all

Is your spending spiralling out of control?