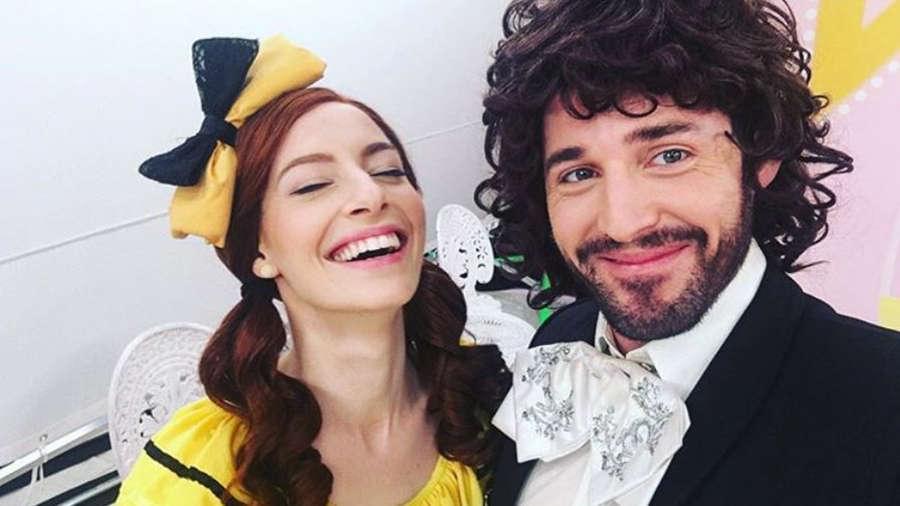 Emma Watkins and Lachy Gillespie are two of Australia’s very favourite Wiggles, so when they announced their split last month fans were very sad and worried for the pair.

A statement posted on Emma’s Instagram explained that while the pair would always love one another, they’d decided to end their marriage.

“We have, and continue to share, the most beautiful life together,” Emma wrote on Instagram in early August, “but we wanted to let you know that privately for the last six months we have been navigating through a trial separation, and we have made the decision to separate as a couple.”

The pair stressed that they were super happy to be working together and that this was for the best.

We heard from Lachyrecently – “We are the best of friends, we always have been, that’s how it started. To be able to realise as a couple that we were going different ways and to stay as close as we are is a real testament, I think, to both of us. I love her more now than anything and she loves me more than anything.”

Now Emma’s spoken to The Daily Telegraph to explain a little bit more about how the last year or so has felt for her.

Not only did her marriage to Lachy end, but she underwent surgery for chronic endometriosis, suffered from anaemia, underwent a blood transfusion and faced worries that she might even have leukaemia.

Emma says her ill health and worrying symptoms prompted concerns about an even more serious health condition, but thankfully that was not the case.

“For a long time I thought it was endometriosis and now that I don’t have that, what is the issue? They were talking about testing for leukaemia but the tests that came back in the last week were better.”

She’s still possibly facing another blood transfusion and says she’s a little worried about her energy levels with a new The Wiggles tour about to roll out.

“We were meant to be best friends”

Speaking of her separation from Lachy, Emma describes what sounds like a very conflicted and sad time.

“It has been a weird time for us,” she admitted. “I think we just realised that we were meant to be best friends.”

Emma says it she and Lachy had fallen “a little bit” out of love and that “we just started to realise that we weren’t the right fit anymore”.

She knew that things couldn’t continue the way they had been – and that something had to give. Thankfully she had her brilliant mum at her side to help her through.

“I wanted to make the decision to separate. I am very independent and my mum keeps telling me that no one is going to be able to tell me what to do.”

“We are not really cranky at each other, we just realised that our situation had changed — probably more from me, than from him.”

While some media outlets are keen to focus on the pair’s every post-split public move, analysing whether or not they’re getting along, Emma says their friendship remains intact and the reports are generally piffle.

“Every time we read something, at least we can write to each other and go ‘oh my God, it’s ridiculous’,” she admits, noting that as their sad news unfolded the pair were devastated that trusted friends spoke to the media about their personal affairs.

While most couples naturally progress to time apart when they separate, this is not the case for the yellow and purple Wiggles.

“We live separately but we see each other every single day. Some days are weird but the one person I have been able to rely on is him. He has been great.”

We wish Emma and Lachy all the good things and commend them for sharing their very relatable relationship shifts with other couples.

Read the full story at The Daily Telegraph.