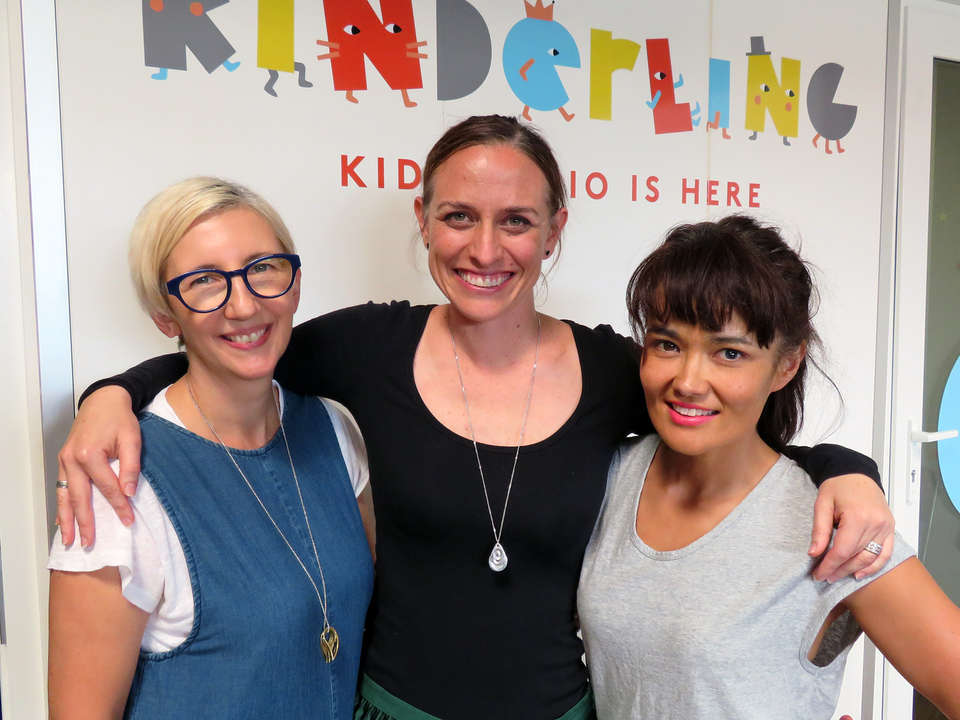 Yumi Stynes dropped by to chat with Kinderling Conversation's Shevonne Hunt and Kinderling's music director Lorna Clarkson about her fave tunes for the road. Here's her edgy soundtrack!

Listen to Yumi on Kinderling Conversation:

A delicious pop confection. Mercy, my two-year-old, starts to get shiny in the eyes when this comes on.  I love the fake drop to chorus - only the experienced listener knows to wait for the real drop!

So much attitude in one song.  Kids recognise attitude, before they even have any of their own!  Raye sometimes gets mistaken for Rihanna but she's English, and a bit of a chav.

Mercy would be lulled into a calm by this grinding guitar number, which has been described as "The Greatest Heavy Metal Song - ever!" - by Guitar World

Language warning! That synth sound makes the brain inside my skull vibrate and I'm sure it has the same sort of effect on the kids, who tune in and go all peaceful when they hear this.

I have three daughters and they are all rainbows and this song is so timeless and painfully good actually just writing this makes my eyes prick with tears.

Lorde is just a kid herself and has a form of synasthesia - where she can 'see' colours in sounds.  She hates and is disgusted by tan sounds but is filled with delight by 'green' music.  This song is so complicated and deranged and perfect that it's like being a teenager all over again.

Very simple and clever.  Language warning!  Kids like to bang toys together and drum on windows and rubbish bins and tins of formula and anything they can get their hands on and this is a very bashy song.

All the ugly associations of super-slick over-produced pop music are right here in this song which transcends its own horrendousness by hitting those ecstatic high notes. Miraculous. Revelatory.

Sounds like being young!  Every song on this album is killer, no filler, and for a moment in 2010, ever spin took listeners one step closer to being cool. Again.

My daughter loves Childish Gambino but thinks he is called 'Chinese Beano'.  I am also a fan and sometimes have dreams about Donald Glover where we're both in the nude.

Kinderling's got you covered for driving this Easter long weekend, with a whole bunch of Mixtapes for you to press play and enjoy! Listen online or download them to play offline on our app.