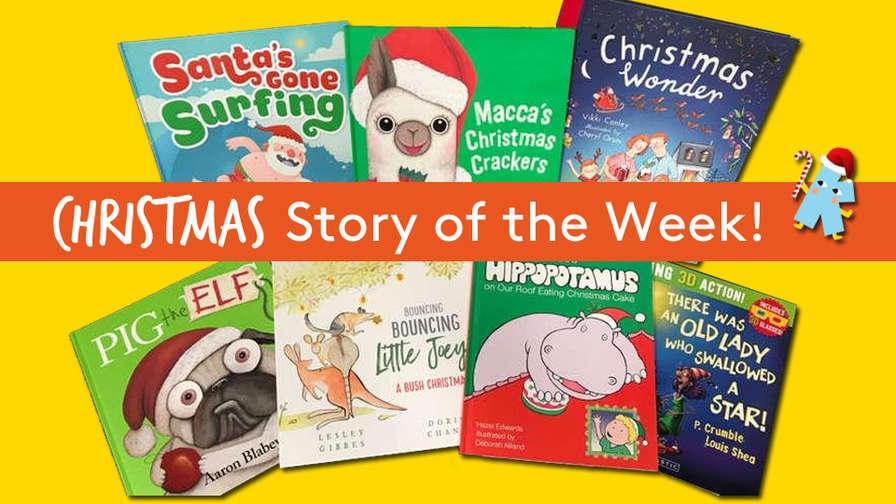 It’s that magical time of year, so to celebrate, Kinderling is featuring 7 fantastic festive stories all the way up to Xmas Day! You'll be laughing out loud as Pig the Pug ambushes Santa, while Macca the Alpaca really gets into the spirit of giving and the Hippopotamus on the roof eating Christmas cake will get the whole family into the Christmas vibe!

Tune in for Story of the Week every evening at 5pm to hear a yuletide tale from some of our favourite authors, or listen to the stories below.

With a present list longer than Trevor, it's clear that Pig LOVES Christmas like nobody's business! He's determined to stay up all night to see Santa, but will Pig's greed be his undoing? Written and illustrated by Aaron Blabey. Read by Buzz the Bandleader. Published by Scholastic Australia.

When Santa gets to the southern hemisphere he's way too hot in his red suit, so he ditches the sleigh for a surfboard and heads for the beach. Now it's up to Trev, his old ute and a flock of emus to save Christmas. Can they do it? Written by P. Crumble, illustrated by Thomas Fitzpatrick. Read by Lucy Suze Taylor. Published by Scholastic Australia.

The lead up to Christmas is always a flurry of family traditions like cooking, baking, decorating and wrapping! Written by Vikki Conley, illustrated by Cheryl Orsini. Read by Fenella Kernebone. Published by Affirm Press.

With a little help from his best friend Al, Macca the alpaca discovers the spirit of giving - just in time! Written and illustrated by Matt Cosgrove. Read by Travis Nippard. Published by Scholastic Australia.

There was an Old Lady who Swallowed a Star!

The old lady with an insatiable appetite is back! She's moved on from flies and this time has Christmas in her sights, so look out Santa! P. Crumble has done it again with a very silly take on this classic nursery rhyme. Illustrated by Louis Shea, read by the awesome ARIA-nominated Lah-Lah, from Lah-Lah's Big Live Band! Published by Scholastic Australia.

Everyone's favourite hippopotamus is back on the roof! And this time he's eating Christmas cake! Written and read by Hazel Edwards, illustrated by  Deborah Niland. Published by Penguin Random House Australia. 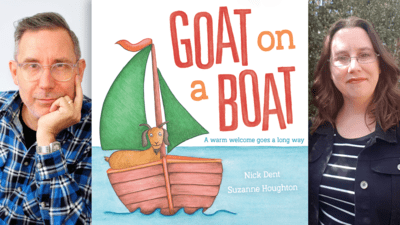 Goat on a Boat by Nick Dent

Said Bill: ‘He’s arrived to eat all our wild oats! We must bar his entry! We must… STOP THE GOATS!’ ‘For if we let one on the island of Joxx,… 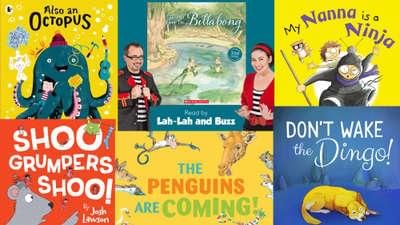 7 Great Stories for the School Holidays

It's always a good idea to have a few things up your sleeve for those inevitable school holiday car trips - whether you're taking kids to and from activities, the… 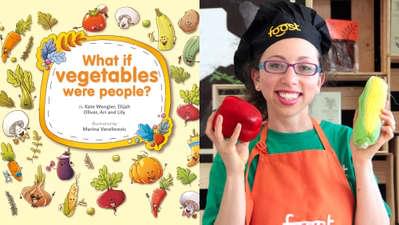 What if Vegetables Were People? by Kate Wengier

If you have a fussy eater in your family, maybe it's time to try this book! Imagine if beetroot rocked out onstage, tomatoes played tennis or pumpkins caught waves Author… 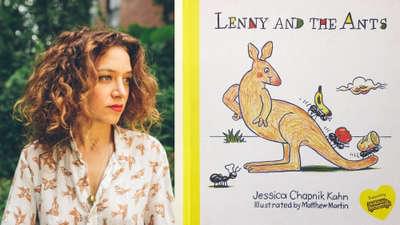 Lenny and the Ants by Jessica Chapnik Kahn

Lenny the kangaroo is hungry, but all he can find is a mushy brown banana. Put off by its appearance, he tosses it out, but a few industrious ants pick… 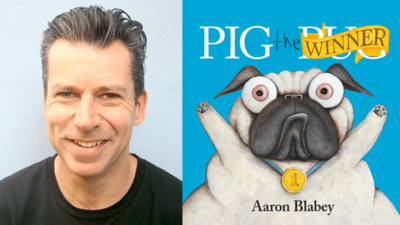 Pig the Winner by Aaron Blabey

Pig the pug is selfish, greedy and a very sore loser. In fact, he'll do anything to win! Find out what happens in this modern parable about playing fair, written… 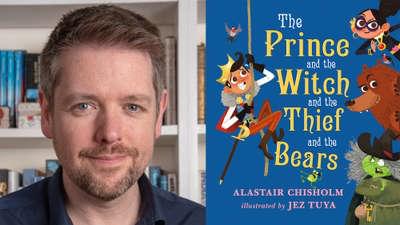 When Dad asks Jamie what kind of bedtime story he wants, Jamie asks for a 'made-up one' with a Prince, a bear, a witch... and MORE bears! So begins a…